Which States Allow Abortion After The Overturning Of Roe vs. Wade? 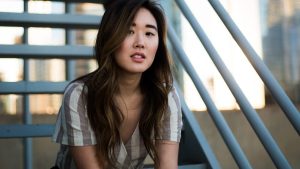 In June of 2022, The Supreme Court reversed the 1973 verdict of Roe vs. Wade. The weeks following this new ruling have left people questioning if abortions are still legal in all 50 states.

With so many conversations surrounding this topic in the media, it can be confusing to separate the facts from fiction. Here’s everything you need to know about the updated abortion laws in America.

How Are Abortion Laws Decided Now?

The Supreme Court’s new ruling stated that the Constitution does not imply a woman’s right to an abortion. This updated stance did not make abortions illegal in all 50 states. Rather, the Court has now given the states the power and responsibility to govern when and how abortions should be performed.

States such as Arkansas have banned all abortions but with the provision to protect the life of the woman.

What about Oregon? Oregon’s abortion laws will remain unchanged following the removal of Roe.

Many narratives suggesting women could die if denied an abortion have been circulating the nation recently. Thankfully, this is a false claim. For women experiencing a life-threatening situation with their pregnancy, all 50 states remain committed to their well-being following the reversal of Roe.

Although rare, situations exist when a woman would need to have her pregnancy removed to save her life. An example of this is an ectopic pregnancy.

An ectopic pregnancy occurs when the pregnancy begins to grow outside of the uterus. If the pregnancy is not discovered or removed early, it can rupture and cause severe, life-threatening internal bleeding for the mother.

Ultrasounds are the best way to discover ectopic pregnancies early, which is why all women are advised to have an ultrasound performed in the early weeks of pregnancy.

It should be noted that the abortion pill is not effective in removing an ectopic pregnancy.

If you or a friend are facing an unintended pregnancy, Dove Medical exists to support you. Our clinic offers a variety of services, including limited obstetrical ultrasound, STI testing, and decision coaching.

Feeling overwhelmed and stressed is normal. Having someone to answer your questions can provide clarity and confidence in your decision making.

This post is for education and information purposes only and does not substitute the advice of a Healthcare Professional.

Dove Medical offers pregnancy diagnosis, decision coaching, and accurate information about all pregnancy options; however we do not offer or refer for abortion services.

I would tell other people that it’s very accessible and they’re nonjudgmental and kind.

The staff is amazing. I recommend them to everybody all the time.

Can’t believe there is a clinic like this, it was great. I would recommend this clinic over anywhere else.

Best place I have ever been. Treated so kindly.

I was treated with care. I had a wonderful experience.

Really appreciate the way they treated me and how comfortable I felt here.

When I had my ultrasound, they were really nice about it and encouraging the whole way through.

My visit today was so positive and I left feeling so much better. Thank you.

My visit was pleasant and smooth. I am very grateful for such a great clinic as Dove Medical.

I didn’t feel like they were just there to do a job. It actually felt like they cared about what they were doing.

There was nothing I didn’t like. I came here and they made things easy.

I never once felt judged or that what I was thinking or feeling was incorrect or wrong.

Everybody was really nice, polite. I felt very welcome.

Everything was great. Thank you! It was the best experience a woman would want to go through finding out they are prego… thank you for the help.

It’s very down to earth. It makes you feel like what’s going on really matters.

It has been really wonderful. I would recommend it to anyone who is pregnant.

I was treated great. The nurse was very supportive. It went well, I’m glad I came here.

They are so sweet here. It doesn’t matter what your decision is.

I just felt really supported when I left. They were understanding of how I was feeling.

It’s a really valuable resource Eugene has and I’m glad you guys are here.