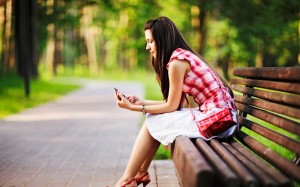 Many women first suspect they’re pregnant when they detect early signs of pregnancy like a late period, tender breasts, and feelings of nausea. These can all be good indications you’re pregnant, but they aren’t definitive on their own.

It’s important you know the early signs of pregnancy and also get tested before making any decisions about what to do next.

What are the early signs of pregnancy?

The symptoms vary from woman to woman in terms of how severe they are and in terms of which ones they experience, but in general, there are signs across the board you might be pregnant. Here are a few:

A late period in and of itself doesn’t necessarily mean you’re pregnant, but if yours is very regular, then it can be. Some women have a very light period or spotting instead of missing it altogether. In any case, this is the classic sign that you might be pregnant, especially when coupled with any or all of the following symptoms.

As early as two weeks after conception, hormonal changes can make your breasts feel heavier or fuller, causing discomfort or tenderness. Sore, swollen breasts are often one of the first signs you might be pregnant.

Morning sickness often happens early on in a pregnancy. It varies in intensity and duration and can cause vomiting or not. Increased levels of estrogen cause the stomach to empty more slowly than usual, and can also make pregnant women more sensitive to smell, which can upset the stomach.

Increased levels of estrogen and other hormonal changes can make you feel like you’re on a roller coaster ride of emotions. These changes in mood can be especially upsetting if you don’t typically experience intense highs and lows emotionally.

Your body is working overtime during pregnancy, so it makes sense that you would be fatigued. If you experience more exhaustion than normal, it’s a good indication you might be pregnant.

Hormonal changes are the most dramatic during the early stages of pregnancy, so this is where food cravings can be the most acute. You may also experience strong aversions to certain foods that you previously loved.

Other early signs of pregnancy are headaches, constipation, dizziness, and raised basal body temperature. If you’re feeling off for more than a week or two, and that feeling is accompanied by any or all of these symptoms, you may be pregnant.

Unfortunately, these symptoms are not unique to pregnancy. You could experience any number of them leading up to your period, and your period might just be late. Even if you’re usually very regular, stress or other changes in your life can cause you to be late.

Why you should get a pregnancy test

The only way to know if you’re pregnant is to take a pregnancy test.

A pregnancy test is conclusive because it detects the hCG hormone in your blood. Your body only produces this hormone if you’re pregnant, so if it is picked up by the test, it means you’re pregnant.

It’s important to get a pregnancy test after experiencing various symptoms before you allow yourself to overthink about what you’ll do with your pregnancy. Otherwise, you may be worried about a pregnancy that may not exist.

Remember, the only way to know if you’re pregnant is with a test. A test provides scientific proof of pregnancy rather than just worry or speculation. Pregnancy tests work best when you wait at least a few days after your missed period because they’ll have a better chance of picking up the hCG hormone then.

We offer free pregnancy tests at our medical center, and all appointments are always confidential. If you feel like you might be pregnant and want to be sure, schedule an appointment today to put your mind at ease.

I would tell other people that it’s very accessible and they’re nonjudgmental and kind.

The staff is amazing. I recommend them to everybody all the time.

Can’t believe there is a clinic like this, it was great. I would recommend this clinic over anywhere else.

Best place I have ever been. Treated so kindly.

I was treated with care. I had a wonderful experience.

Really appreciate the way they treated me and how comfortable I felt here.

When I had my ultrasound, they were really nice about it and encouraging the whole way through.

My visit today was so positive and I left feeling so much better. Thank you.

My visit was pleasant and smooth. I am very grateful for such a great clinic as Dove Medical.

I didn’t feel like they were just there to do a job. It actually felt like they cared about what they were doing.